Yesterday we had our Street Party.  It rained but it was still really good – but more on that later because this post is about my diet.

Though the reason I mentioned the Street Party is because I was fairly sure it would have and effect on my weight loss this week.

I’ve been so crazily busy this week that I’ve just grabbed whatever to eat – including cake, chocolate and KFC.  But I wasn’t so bad when I was at work so hopefully that will have balanced things out a bit.

Yesterday though was tough.  Hot dogs, chilli, ice cream and cakes were the foods on sale and a mix of all four was the order of the day.  At the same time I was running around trying to make sure everything was going ok so again I hoped things wouldn’t be too bad.

So at the end of the day I was so tired I decided that a glass of Prosecco, relaxing bath and early night were the order of the day. 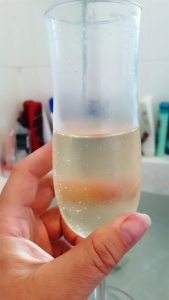 So all in all I had no idea whether I would have lost weight or gained weight when I stepped on the scales this morning. 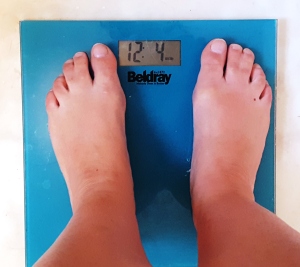 I haven’t lost anything but I also haven’t gained anything either so not to bad.  And as I decided the last time this happened I would donate £3 to the Charlie Cookson Foundation I’ll do the same again this time.

A mix of good and bad can lead to balance

If you’re impressed with my success, or lack of it this week, you can add to my £’s for pounds at www.justgiving.com/5iftyby5ifty or by text FIFB50 followed by the amount you want to donate to 70070